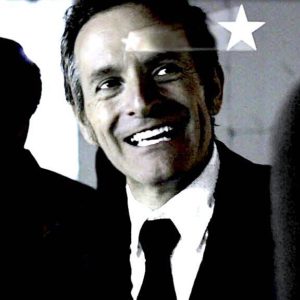 In 2012 Cory McAbee began the international arts collaborative Captain Ahab’s Motorcycle Club with the intention of producing elements for a feature film. The film that has been produced is called DEEP ASTRONOMY AND THE ROMANTIC SCIENCES. In our story a young man tries to amuse his friends by having a conversation with a robot that is seated alone in a bar. The conversation quickly becomes personal as he discovers her primary function: to represent humanity based on a generalization created from all social media and wireless communications. To verify her calculations she needs to participate in an impromptu conversation with a human, after which she will be launched into space as the immortal spokesperson of humanity. The young man realizes that he is being put on trial for the superficiality of his times. To prove she is wrong, he must first convince himself.

This project has been developed in part through the Sundance Film Festival’s New Frontier Story Lab. Live events have been documented by local filmmakers in countries throughout the world including Russia, Australia, Poland, Iceland, The Netherlands, Denmark, Germany, Switzerland, the UK and throughout the US. Elements have been independently generated in these and other countries as well. The story was written and directed by Cory McAbee with the support and participation of collaborators around the world.