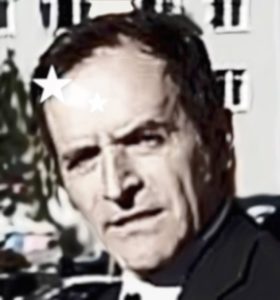 Cory McAbee is best known as writer, director, songwriter and co-composer for the award-winning feature films, The American Astronaut (2001), Stingray Sam (2009), Crazy and Thief (2012) and as singer/songwriter for the internationally acclaimed musical group The Billy Nayer Show (1989–2011). He has created award-winning animated and live-action short films and has worked as both an actor and musician in American and European features. In 2012 McAbee founded the international arts collaborative, Captain Ahab’s Motorcycle Club with the goal of creating international solidary between artists through the creation of a globally generated feature film. The film is called Deep Astronomy and the Romantic Sciences. In January of 2015 McAbee recorded and produced his first solo album entitled, Small Star Seminar (available on iTunes, Amazon, Spotify and more.) The album was appropriated by the collaborative and became a catalyst for the film’s narrative. In 2017 McAbee developed a live performance entitled Deep Astronomy and the Romantic Sciences. The completed version of this performance premiered at the 2018 Sundance Film Festival. These performances were created for the purpose of live entertainment and as events to be documented by collaborators for use in the feature film, Deep Astronomy and the Romantic Sciences. McAbee is the writer, director and musical composer for this feature as well as one of the lead actors and producers.